Why we need your help 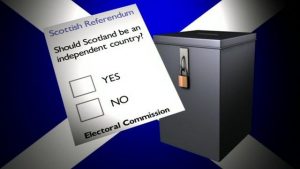 Christians For Independence has never stopped campaigning for Independence –  see the News and Past Events pages.  But now a second Independence referendum in the near future has become a strong possibility, so we are redoubling our efforts to show fellow-Christians that a vote for Independence is the best way to achieve a fair and compassionate society in Scotland.

We set up a working group to find the theological arguments to persuade people that Scottish Independence is much more compatible with Christian belief than remaining under Westminster rule –  here we have to combat some strongly held prejudices and assumptions. Our aim was to produce a publication that could be used nationwide to appeal to Christians of all denominations.  As a result, we have produced a booklet, Scotland the Nation  –  a Christian Case for Independence, which was published in November 2020 and has been circulated to almost 5000 Scottish clergy and other leading church members.

We will also be holding meetings and talks, online but also real, if covid restrictions allow, to give people an opportunity to discuss all aspects of the Independence debate from a Christian viewpoint.

We are working also on finding a way to safeguard Christianity in the Constitution which an independent Scotland will have.

And of course we will continue to interact with the public via social media, bringing our Facebook and Twitter followers relevant news items.

We are grateful to the Scottish Independence Foundation for their grant towards the cost of producing and distributing our Scotland the Nation booklet, but we still have to find much of the money ourselves.

We will have other expenses in the run-up to the Scottish Government elections and the probable second Independence Referendum later in 2021. If restrictions due to the pandemic are eased sufficiently, we will again have costs for the hire of venues for meetings and events, and also for printing campaign materials, and we have the ongoing cost of employing our part-time Co-ordinator, who carries out our secretarial and much of our publicity work and is necessary to ensure the cohesive approach needed for our success.

Please consider whether you can help us, either with a single donation or a monthly contribution, and if so, please make a donation –  click the Donate button.