Scotland the Nation  –  a Christian Case for Independence

We at Christians for Independence (CFI) believe that Christians have an important part to play in the debate on Scottish Independence and hope that our booklet/pamphlet will help folk better understand the place of Christianity in Scotland’s past, present and future.

Scotland the Nation shows the Biblical and historical justification for claiming Scotland to be a nation, and demonstrates to Christians of all denominations how support for Independence is compatible with the core Christian beliefs of justice, compassion and love.

The booklet was launched on Monday 30th November (St Andrew’s Day) in a Zoom meeting, with an address by Rev Dr Doug Gay, Principal of Trinity College and Lecturer in Practical Theology at the University of Glasgow. 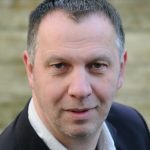 We have sent the booklet out to almost 5000 Scottish clergy and other leading church members. In its form as a 35-page A6 booklet, it is available to buy at a cost of £2.50 plus p&p (voluntary organisations need pay only p&p). If you would like one or more booklets, please email us. The booklet is also available in pamphlet format to download here: Scotland the Nation pdf file.

We are grateful to the Scottish Independence Foundation (www.sif.scot) for their generous grant towards the printing and publishing costs of the booklet.  We would, however, appreciate donations towards our own costs for the booklet production and for the running costs for our campaign for Independence.

Dr Gay says of the booklet:

“This is a timely and important statement from a diverse group of Christians who believe Scotland should be an independent state. If you are a Christian who has not supported independence in the past or who is not sure how you would vote in another referendum, I encourage you to read it. The case made here reflects sincere and committed faith. It is offered in a spirit of humility, far from any thought of superiority and in a spirit of hope, free from bitterness and grievance. The aspirations for self-determination, in the form you will find them here, reflect biblical concerns for peace and justice, love of neighbour and care for creation. It may surprise you and it may even make you think again.”

We have also received the following coments from other prominent Christian Independence supporters:

“ Since the early Celtic church, Christianity has played an important role in the formation of Scotland. Indeed, if it wasn’t for the Roman Catholic Church there may not be a Scotland today as the nation may have been subsumed if not for the bulwark role the church played in protecting Scotland as a nation. Many of the characteristics people associate with Scotland such as education and philanthropy were supported by the reformed churches to create our modern Scotland of today.  As we look to the future, an independent Scotland, making its own decisions, gives us the opportunity to create a fairer nation, one that Christians should be integral to. Decisions based on Love, Hope and Peace. Decisions based on Compassion and Social Justice. Decisions based on Wisdom, and Integrity. “

“This little booklet really highlights the importance of the Christian faith in Scotland’s journey as a nation and will be a real encouragement for Christians involved in Scotland’s independence movement in the run up to next year’s crucial Scottish election”.

“I very much welcome the publication of this booklet which shows that there is nothing incompatible between Scotland gaining her freedom and Biblical Christianity.  The SNP and the wider Yes movement are big tents… including all kinds of people.  We want to be and we must be inclusive of people of all faiths and none.  I do hope that this booklet will help the SNP and the Yes movement in welcoming people of faith; and I hope that it will help committed Christians to feel at home in the independence movement.”