The Inverness March for Independence on 28th. July turned out to be the biggest rally ever seen in the Highlands. It was one of a series organised by All Under One Banner, and followed on from the very successful marches in Glasgow and at Bannockburn earlier this year. More than 14000 people marched from the Northern Meeting Park through the centre of the city to a rally at Castle Heather Park, with enthusiastic crowds lining much of the route. 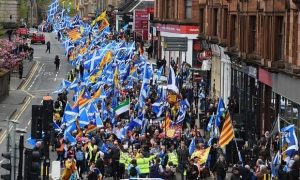 Members of Christians For Independence including Dave and Veronica Thompson took part in the March. 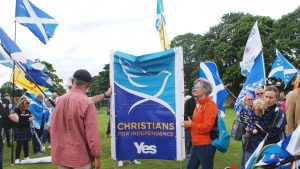 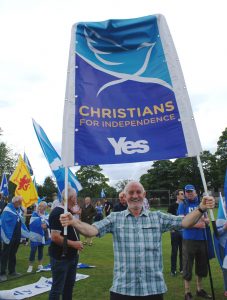 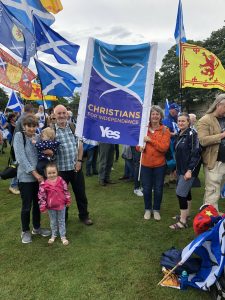