Secularism is not Neutrality  –

the place of the Church in Scottish public life

On Sunday 7th. October we held a fringe event at the SNP Conference in Glasgow, in the form of a talk by Neil MacLeod. Neil, a lawyer from the Western Isles, grew up and continues to worship in the Free Church of Scotland where he is an Elder. He has been a committed Nationalist all his adult life and is a member of Christians For Independence. He works as a litigator specialising in acting for public authorities. He has written and spoken on issues related to the Church in Scotland and independence. 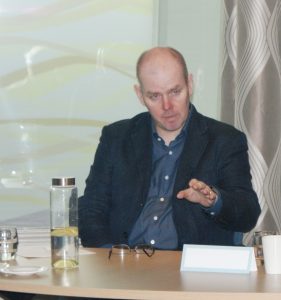 In his talk, Neil examined various aspects of freedom of religion from a legal point of view and gave several examples of litigation on this subject, with their outcomes. His talk was followed by some lively discussion from a varied audience.