Members of Christians For Independence were among the 100,000 who took part in the March for Independence down the Royal Mile to Holyrood Park in Edinburgh on Saturday 6th. October. The march, which was one of the series organised by All Under One Banner, left from Johnston Terrace, near the Castle, and proceeded down the Royal Mile to Holyrood Park. This was the biggest demonstration to date of Scotland’s desire for independence and sent a clear signal to the Unionists that we are determined to win our freedom soon. The march was characterized by great good humour , which put the tiny Unionist counter-demonstration to shame, and was attended by people from many different independence organizations with their flags and banners, and by several MSPs and other prominent people. 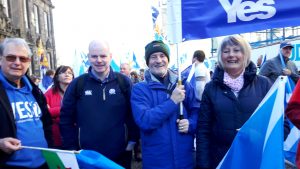 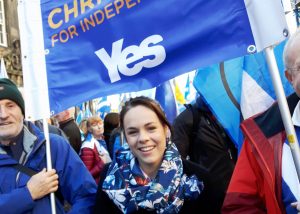 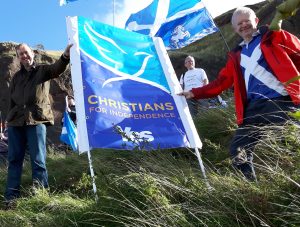 Our banner on Salisbury Crags, with John Mason MSP and Matt Gorrie

a section of the crowd in Holyrood Park