The War in Syria – talks and discussion

Our Fringe event at the SNP conference in Aberdeen took the form of a lunchtime meeting with the topic:

The War in Syria: a Just War or just a war? 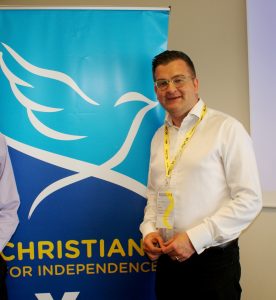 Our first speaker was Jamie Kerr, a solicitor specializing in immigration law and a committee member of Christians For Independence. Jamie’s talk showed that war is always failure, although sometimes it may become necessary. He questioned whether Britain’s intervention in Syria could be deemed a Just War, and spoke also of the international legal implications. 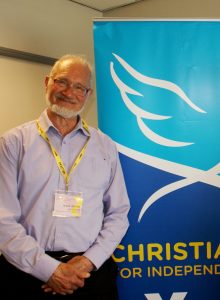 Our second speaker was Dr. Nigel Dower, a member of the Religious Society of Friends, who gave the Quaker point of view. Nigel is an Honorary Lecturer in Philosophy at the University of Aberden, who specializes in global citizenship and the ethics of war and peace. He explained that Quakers are pacifist though not passive, and that they believe that only peaceful means can bring about a truly peaceful end.

The large audience was inspired by the talks to ask several questions, and a lively discussion followed.

The meeting was chaired by Christians For Independence committee member Alison Campbell.