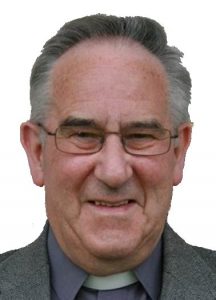 CFI members are saddened by the death of Ken Gordon, one of our most active and revered members, who died in Aberdeen on 19th. June.

Ken was born in Edinburgh in 1935 and was educated at George Heriot’s School. He was involved in church activities from a young age, and after graduating from the University of Edinburgh in 1957, he went on to train for the Anglican ministry at Tyndale Hall, Bristol, and was ordained as a deacon in 1960 and the following year as a priest. After serving in two churches in Lancashire, he returned to Scotland in 1971 as Rector of St Devenick’s, Bieldside, near Aberdeen, where he remained until 2001.

During his time at St Devenick’s he was involved in the “planting” of a new church at the expanding new town of Westhill. He was made a Canon of St Andrew’s Cathedral, Aberdeen in 1981.

Ken then studied for a postgraduate Master of Theology degree (University of Wales, 2008), and began work on a PhD thesis. From 2010 to 2018 Ken returned as Honorary Assistant Priest to St. Devenick’s, Bieldside, and for four years during this time he also served as Priest-in-Charge of St Clements in Mastrick, Aberdeen. He was also Chair of the Scottish Association of Retired Anglican Clergy.

Ken became an active campaigner for Scottish independence after the 2014 Referendum, when he joined the SNP and soon became Secretary of the Deeside and Upper Donside branch, where he is remembered as “a lovely man who wanted Independence for Scotland’s people whoever they were and wherever they’d come from.” (Cllr Linda Clark). Others from the branch commented that few realised his age because “he was so lively and energetic and was always a very active member”; branch convener Stewart Paterson said that he was held in great affection and will be sorely missed. 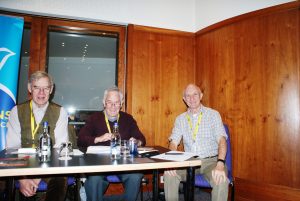 We will all miss Ken for his intelligent and incisive contributions to discussions and for his humanity and shining faith. We offer our sincere condolences to his family.